Which is the best online notary to use to notarize US documents, especially if you live abroad?

January 13, 2021
With COVID-19 restrictions, finding and going to a notary was out of the question, so I dipped my toes into the new world of 24/7 online notaries to try and find a good one. I tried a few out when I had to have an affidavit notarized for use in the United States. Here's my unbiased opinion, and top two choices plus a runner up. My top choice is far ahead of the other two. I was a bit skittish using an online service because one has to upload and submit copies of one's driver's licence, passport etc., all of which can be a recipe for hackers who want to steal your identity. I did a lot of research for a few days, to satisfy myself of their authenticity, including searching domain registrations and looking for newspaper articles and the LinkedIn profiles of their staff and management. #1 NotaryLive.com Notarylive.com based in the state of New York was heads and shoulders above the rest. Their online support was responsive and well informed, and answered most of my questions
Read more 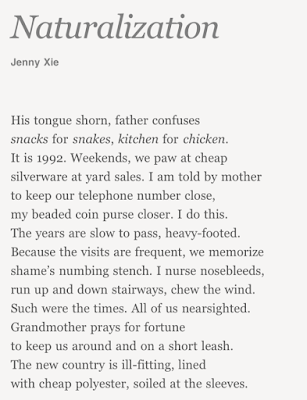 What you watch is how you vote

If you live in an Indian city, every breath you take is killing you. Here's why, and how you can change things... Prioritising rapid urban transit, walking and cycling networks in cities over the individual's use of a car will reduce pollution, but also increase economic and health outcomes (Photo: Shutterstock) Even as climate change wreaks havoc across the planet, causing drought and floods, and temperatures in 2016 look  set to overtake 2015 as the hottest year on record , a far more toxic problem has been slowly brewing over India's cities in the last decades - air pollution. Its impacts are local and far more devastating to every woman, man and child in India. It does not discriminate with regard to who it kills. We fret endlessly about terrorism and turn against real and false enemies, even as the air we breathe is slowly and surely killing us one breath at a time. In 2015,   The Economist  published a short piece  on the toxicity of the air Indians breathe. It quoted
Read more

Turn the Dimmer Down- The High Cost of Urban Light Pollution

Urban light pollution is linked to higher rates of mental illness and cancer. Over 50% of the world's population now live in cities. As this ratio grows, the problem will get worse. When you sleep tonight, reclaim the night from the light. Last week,  New York City Council studied  the details of a bill that may "limit internal and external light use in many commercial buildings when empty at night." It joins several other global cities that have moved in the same direction over the last few years. Even Paris, known as the City of Lights, hit the dimmer switch in July 2013 after  France passed nationwide legislation  that mandates a 1 a.m. curfew on over-illumination. The reasons for turning down the lights are threefold. Firstly, resulting lower energy usage cuts costs and CO2 emissions. Secondly,  night-migrating birds that rely on the moon and stars for navigation , lose their way because of the confusion that light pollution causes them, and many die on these life-su
Read more

Disruptive power: How innovation is reshaping the energy landscape

Recent gyrations in the price of oil mask longer-term shifts, driven by innovation and fresh ideas, that are altering the very structure, geographies and politics of the energy industry. The plunging prices of oil over the last half of 2014 have dramatically altered the global energy landscape. The US' successes over the last three years in tapping its (environmentally controversial and finite) resources of shale oil have  repositioned it from an importer to a potential exporter of oil . This unexpected excess coupled with reduced demand has rebalanced the supply and demand equations for carbon-based energy supplies thereby  driving down the price of oil by almost 50%  by the end of 2014. This has had cascading impacts on sectors such as  government subsidies , electricity production,  aviation , transportation and the  consumer's willingness to splurge their saved gas money on more Christmas gifts . These recent gyrations in the prices of oil mark significantly more important
Read more
More posts