Showing posts from 2013
Show all

A fire started, people died, and it didn’t seem to matter

November 24, 2013
A fire started late in the morning on Thursday, a few minutes away from our family home in Colaba and Cuffe Parade area. Like most of Mumbai, apartments for the middle class and “up”, jostle for space with swathes of slums. In the picture below, the fine-grained texture of the nearby slums is quite visible beside the apartment buildings in their sea of trees. The few mainstream media outlets that did bother to cover this story, made passing mention of just one person dying and got the location and name of the slum wrong, placing it several hours north of where it actually is. While the haves revel in their ostentatious displays of wealth, and the Canada Pension Plan’s decision to find higher returns is celebrated, there is little space in what is the “new India” to acknowledge the silent majority in this city, let alone grieve for their loss. Read more:  http://forbesindia.com/blog/economy-policy/a-fire-started-people-died-and-it-didnt-seem-to-matter-mumbai/
Read more

October 13, 2013
In the first quarter of 2013, approximately 40% of Detroit’s street lights did not work. The City cannot afford to repair or keep the lights on any more… with up to twenty city neighborhoods that were less than fifteen-per-cent occupied. Read more:  http://forbesindia.com/blog/author/tanzeel-merchant/#ixzz2hZeQPKOz
Read more

It’s Not About Size… It’s About Sanitation

October 13, 2013
Rich or poor, we breathe the same air and even if we’re sipping from bottles of Evian in our Maybachs in Mumbai, we’re no better off. In essence we’re leaving cities in India and large swathes of the developing world to a generation that will live shorter, unhealthier and less productive lives for no fault of their own. The real culprits are likely pointing back at us in the mirror. Every plastic wrapper thrown out of a rickshaw, every paan spat out on a wall, every slum dweller than defecated on the sidewalk, add up to an enormous mountain of shit! Read more:  http://forbesindia.com/blog/category/economy-policy/#ixzz2hZe49aqr
Read more

Of Heights and Hubris- Skyscrapers as Barometers of Economic Exuberance 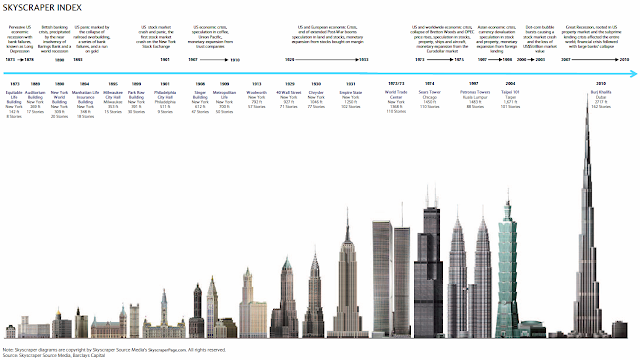 My eight-grade English teacher, Mrs. Isaacs, would often tell us “man is not condemned to repeat history, but to rhyme with it”. As much as we have progressed in science and art, in technology and medicine, we still do foolish things driven by base competitive instincts, and do not learn. The false strength of hubris is what empires have been lost to. The skyscraper may be the sword of our times on which we will fall. Read the full article here .
Read more

The Importance of Parks and Public Space

June 07, 2013
As new cities emerge, and older ones grow, it is critical that we be thoughtful in planning and designing their futures. Unfortunately, in cities in India, this has not been the case. One of the aspects that has been most neglected, is the planning for parks and public space. In a  September 2012 story, the New York Times  highlighted the abject poverty of open space in Mumbai. It quoted a Mumbai Metropolitan Region Environment Improvement Society’s study. The Study found that Mumbai offered each resident 0.88 square metres of open space per person, compared to 6 and 2.5 square metres per person in Tokyo and New York respectively. If it weren’t for the ocean and the seafront, which has escaped being sold off so far, there would be no public or open space of any value for a City with over 13 million denizens. Read the full story on Forbes India  here .
Read more

Diversity and the Global City

May 31, 2013
In the global, competitive landscape, cities compete with each other for talent and capital. This talent isn’t just about well-paid PhDs and Engineers. It is about people who come with the will to succeed from every walk of life. The deeper and wider the pool, the more engaged their interaction, and the more broad the experience and skills. The more diverse their backgrounds and engaged their interaction, the greater their likelihood to increase understanding, harmony and collaboration. Individuals, businesses, institutions and governments need to recognise how important diversity is as a building block at every scale, and the role they have to play in encouraging diversity in every sense.  Read more:  http://forbesindia.com/blog/economy-policy/diversity-and-the-global-city/#ixzz2Utgxjbc8
Read more

The Evolving Identity of the Indian City- Putting People First

In the race to modernity following independence, the country's planners, architects and engineers made the grievous error of believing that the answer lay outside. They adopted city-building practices from the developed world and ignored the local answers which emerged over centuries...   Women walk past high-rise apartments in DLF Ltd. City in Gurgaon, India (Photo Courtesy: Getty Images) Over the last decade, some Indian cities have been among the fastest growing in the developing world, but they are also the ones facing great challenges in terms of crumbling infrastructure, lack of access to basic services, and endemic corruption. Years of indifference and foot-dragging by administrations of all stripes have done little to address these issues. They are worthy of being written about. But in this post, I will focus on the topic of identity – the one defining and associative attribute that a city’s denizens can subscribe to, and own. Aldo van Eyck , who was a famous architect from
Read more

Patent Pains and the Promise of a Better Future

April 02, 2013
The recent decision on pharmaceutical patent rights, rendered by the Supreme Court of India has, made ripples across the world. In summary, the Court ruled that Novartis did not enjoy exclusive rights in India to produce and sell it’s leukaemia-fighting drug Gleevec (also sold as Glivec). The court found that since the first patent on the original molecule was granted in 1993, prior to the 1995 threshold for exclusivity under newer laws, the company did not enjoy exclusive patent on the slightly modified, newer molecule. Cipla and Natco, India-based producers of the generic equivalent, appear to have “won” this eight year battle. The Indian government has expressed support for the decision too. Novartis still has the right to request a review, and will probably exercise this right, but the key pieces of the decision will likely hold. The Court’s decision is significant for several reasons. It clearly reinforces the 1995 cut-off for patent exclusivity. This thresh
Read more

Just In Time – Amazon, Walmart and the Race to get to Your Door

March 29, 2013
Over the last decade and a half, Amazon has transformed how we buy things. Debuting in 1995 as an analogue book and music seller, it has quietly, through global expansion, as well as acquisitions in the brick-and-mortar and virtual space, grown to be a formidable force in the retail sphere. It now sells everything from clothes to car parts, while continually innovating in how it delivers content in its digital media and publishing business. Coupled with excellent customer service and satisfaction, competitive pricing and best-in-class delivery thanks to one of the most sophisticated logistics and warehousing operations on the planet, it is the preferred avenue for many buyers globally. It has also quietly built a formidable third-party resale business and web and content delivery infrastructure that hosts giants such as Netflix. That’s why the company is worth over $120 billion today. Walmart’s move this last week, to introduce a hybrid delivery model comes as a desper
Read more

Movies for Nothing, Pics for Free (In China)

March 15, 2013
My morning dose of the Harvard Business Review's Daily Stat had an interesting nugget of information. A study and survey conducted in China over 2008-09 by Jie Bai at Wharton and Joel Waldfogel at the U of Minnesota, found that “About three-quarters [75%] of movie consumption in China is unpaid, compared with about 5% among U.S. consumers and less than 10% among American college students.” In a nation of over 1.3 billion people, just under 80% of the population is over the age of 15. That’s over 1 billion potential paying consumers of movies. According to UNESCO’s Institute for Statistics, the average movie ticket in China in 2009 was $3.45. China is now the second-largest market after the US for films. Assuming every potential paying customer in China may “consume” one movie in a year, and 75% of them “steal” it, that’s lost revenue of over $2.5 billion just there in potential ticket sales. In comparison, according to The Economist, China’s box office sales
Read more

Clive Palmer must have a death wish. How many people do you know who would name their new venture after something that epitomises what a colossal disaster can be. But he has. Scheduled to set sail in 2016, the Titanic II is a replica of the Titanic. Its namesake sank after hitting a giant iceberg in 2012. Almost 1,500 of her 2,200 passengers perished. What better gimmick than to announce its recreation 101 years after. The idea is novel. Seafarers will dress in period costume, and the tub will ply the Titanic’s original route from Southhampton to New York. The food, drink and entertainment are all supposed to give patrons an authentic experience of the original voyage. It is promised that there will be enough life boats. Hold your breath though because it gets better. This one has wifi. The excitement is palpable… not. Mr. Palmer is using his own resources to have this ship built. He should be asking some serious questions before putting his money where his mouth is. The globa
Location: Toronto, ON, Canada
Read more