The Evolving Identity of the Indian City- Putting People First

May 20, 2013
In the race to modernity following independence, the country's planners, architects and engineers made the grievous error of believing that the answer lay outside. They adopted city-building practices from the developed world and ignored the local answers which emerged over centuries... 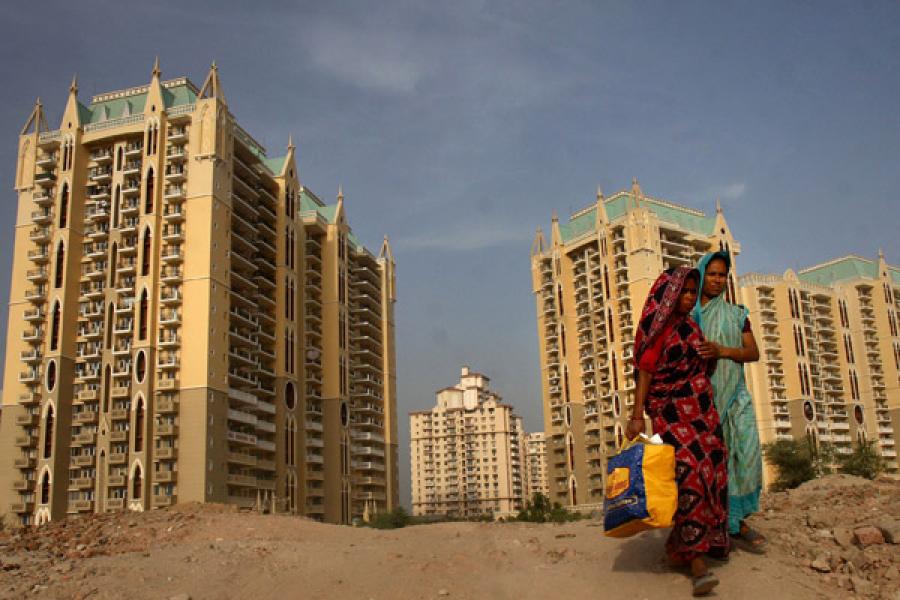 Over the last decade, some Indian cities have been among the fastest growing in the developing world, but they are also the ones facing great challenges in terms of crumbling infrastructure, lack of access to basic services, and endemic corruption.

Years of indifference and foot-dragging by administrations of all stripes have done little to address these issues. They are worthy of being written about. But in this post, I will focus on the topic of identity – the one defining and associative attribute that a city’s denizens can subscribe to, and own.

Aldo van Eyck, who was a famous architect from the humanist Team Ten movement of the 1960s in Europe, once said, “Space in the image of man is place, and time is occasion.” A city’s residents do not experience their environments through high theories and jargon-filled narratives. Instead, it is about the very basic, tactile urbanity they experience, live in, and encounter every day.

India’s older, more ancient, cities were incredibly successful in developing individual identities. Constrained by geography and technology, limited to local resources and shaped by unique histories and climates, each developed into its own.

For instance, Udaipur grew at the foot of an uneasy compromise between the monarchy represented by the palace at the top of a hill and priesthood some way down its slope. The white surfaces of terraced, stone urbanity were a direct response to heat and topography.

Varanasi [earlier known as Benares], rumoured to be the oldest living city in the world, grew along the simple stream that was its lifeblood. The Brahmanal was covered over time to be the main route to the Ganges and the priestly class. In the city's branding as the sacred abode of Shiva, it was established as a path to heaven, which eventually ensured its protection. Its urban form is rich, complex and layered with successive eras: temples built over houses, built over temples, in houses, over houses, under temples.

Mumbai [earlier Bombay] is yet another example. An amalgamation of seven islands and the seat of India's economic power, the city is home to the largest repository of neo-Gothic and Victorian architecture outside of the United Kingdom, and still supported by the ageing, intricate and rich urban infrastructure built by the British colonisers.

Ask anyone who lives in the old districts of these cities, and they will tell you that they identify with the landmarks; they will have legends and anecdotes to share.

In my undergraduate architectural thesis titled The Open-Endedness of an Indian Urbanity, I posited that a successful urbanity sets the larger framework while allowing its occupants and actors to create their own fine-grained identity within it. Every Indian city needs to recognise its urban form and encourage its residents' unique cultural and societal habits, their visible identities.

The ability to express an individual presence as part of a collective, and a collective as a part of a city, is what makes neighbourhoods and allows people to belong, no matter how large the city might grow to be.

The urban form of a successful place not only echoes its stories, but reinforces and passes them down to successive generations. Done well, it makes a city liveable and worth caring for. Done badly, it kills the very life it seeks to sustain.

Walk through a newer suburb of any Indian city, and you wonder where have you arrived! Densely built flats and walled compounds have encroached roads which are in turn crammed with garbage and traffic. There's a proliferation of such places in modern urban India. They breed indifference and alienation, and very few people residing there have anything of note to describe about their city. Worse still, they don't have anything to take pride in. Where did India go wrong?

In the race to modernity following independence, the country’s planners, architects and engineers made the grievous error of believing that the answer lay outside. They adopted city-building practices from the developed world and ignored the local answers which emerged over centuries. I fear that in the 66 years of purging everything old, there may be nothing left to recover.

Planners and architects permitted and encouraged concrete buildings and discarded local craftsmanship. They brought in grand plans for cities that denied the fine-grained fabric of Indian neighbourhoods. Architects did away with the country’s indigenous aesthetics that respected its climate. Instead, they built Swiss chalet-like roofs with Chinese tiles and added gimmicky vaastu effects. India’s modernity had little to do with its past. A future that is severed from its past is dead on arrival.

India’s civic decision-makers have failed to learn, or even to acknowledge the problems  of Indian urbanity. Instead, they continue to chase practices and solutions from the developed world. There are plenty of reports on how Mumbai can be transformed to Shanghai, and Ghaziabad to Frankfurt.

But there are no innovative, local solutions like the one award-winning engineer Himanshu Parikh came up with in his slum-rehabilitation work in Indore. Cities ask consultants for imported solutions on slum rehabilitation, and build fraud-riddled towers that have destroyed the vital fabric of unique communities like Dharavi. In this rush to dream big, India continues to do it wrong every day.

Without identity, there is little pride; and without pride, there is indifference and disengagement. This lack of civic engagement has a far-reaching socio-economic impact too. The breakdown in law and order, poor health indicators, lack of accountability are some of them. The recent collapse of an illegal building in Thane in Mumbai is symptomatic and typical of India’s new urbanity.

The McKinsey Global Institute forecasts that between 2008 and 2030, over 250 million more Indians will live in cities. That is an increase of almost 75% over the 340 million in 2008. Think of 14 new Mumbais or 30 new Bangalores being built in the next 17 years. The impact will be staggering. Much of this growth will be in India’s smaller and medium-sized cities that will witness the creation of greenfield communities.

If India wishes to continue to be a global economic engine and if wants to transform itself from an agrarian economy to a diversified knowledge-based one, the success of its cities will be the key. The act of city-building is one that spans many generations, not just a few political cycles.

Investing time and thought to engage residents in developing home-grown, environmentally, socially and economically responsive models for urbanity, and encouraging them to implement those models, will create sustainable communities.

Most importantly, this will foster a sense of belonging  in people and nurture a newly-minted generation of urban Indians who will pride themselves in their civic identities.